Compare the current formulation to the revised prototypes to determine if consumers equally accept
any/all formulations. And, determine any optimization priorities for the new formulations to ensure they deliver as well as Current. 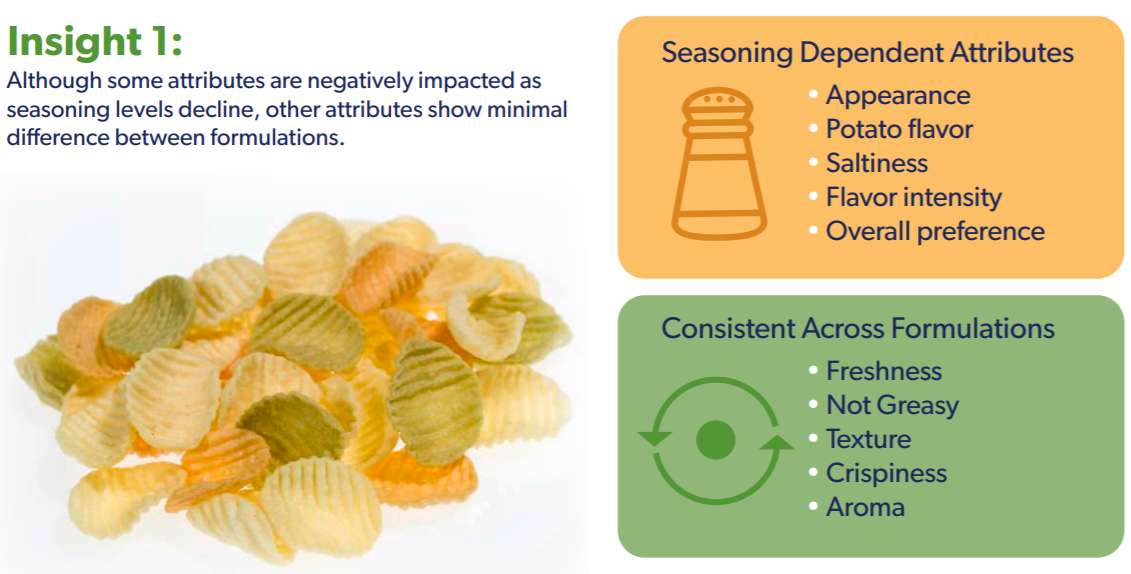 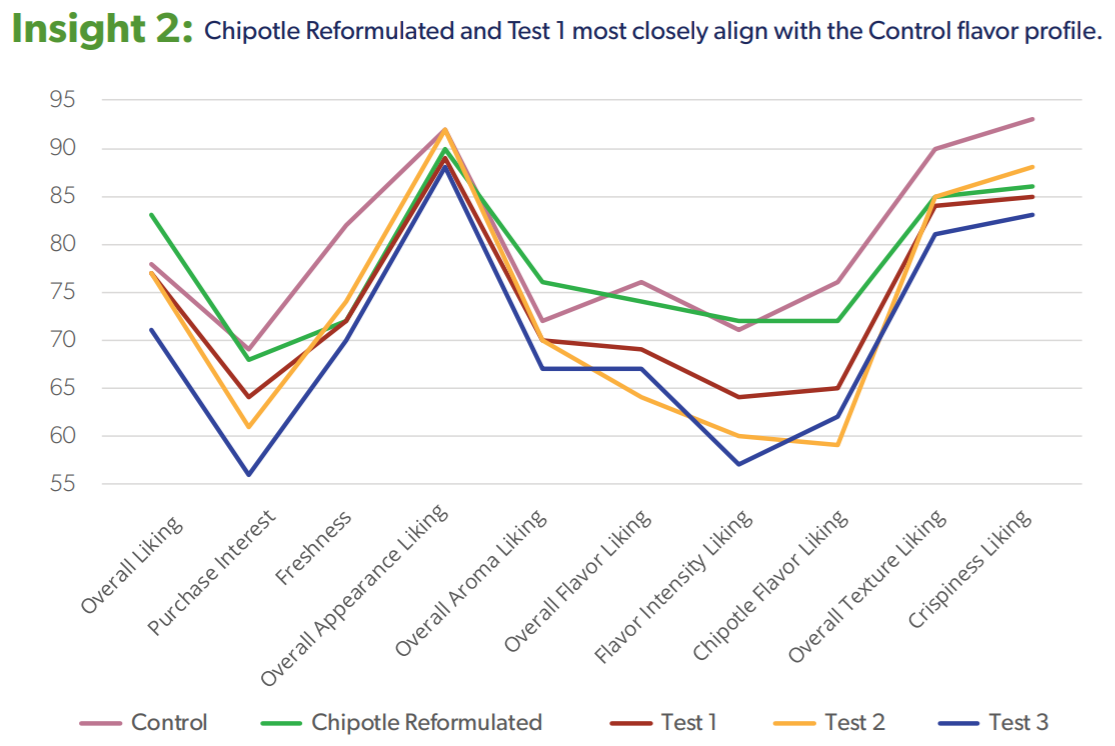 Still, there’s risk in switching to Chipotle Reformulated, as it does not emulate the current Veggie
Chip profile in the same manner in which Test 1 does. Flavor differences detected in Chipotle
Reformulated could indicate that this formula is more “potato-chip” like, thereby potentially
alienating current consumers.